Bios Of Our Contributors 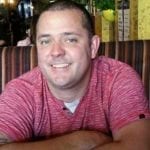 Simon Pickering was born on March 4, 1979. He has as been playing pool since he had to stand on a milk crate to shoot. His father opened a pool hall in Surrey, BC, when Simon was 12 years old his passion for the game grew from there. At the ages of 14 and 15 he represented Canada in the Nat Junior 9-ball championships in Las Vegas. His best finish was 9th, right behind fellow countryman Alex Pagulyan, who placed 8th. As a teen, you would always find Simon working on his game in the back of the pool hall, playing local tournaments, or taking road trips to weekend tournaments in the Seattle area. In 2001 his pool team outlasted 628 teams to win the National 8-ball championships. Over the next few years he qualified to play in Japan 3 times for major events.  In 2003 he travelled to Toronto to play singles, scotch doubles, and team play at the Canadian championships, of the 700-plus players in attendance, the two players whose performances outshined all others were Simon Pickering and Stan Tourangeau. Amazingly, both players placed in the top three in all three divisions. Around the same time Simon placed 2nd in two different $10,000 added tournaments, for a total cash out of $12,000, one of them was televised on TSN. He then took a few years absence from the game to start a business called Westcoast Billiards, where he sells and services pool tables.  In 2009 he won the Men’s Grand Masters in Las Vegas, beating one of the best players to ever hold a cue, Shane Vanboening. Over the next few years he had 3 children. Sophia, Alexander, and Ethan. He is a fully dedicated father and loves every minute of it. Over the next years Simon didn’t play much, due to raising his children.  Although he was able to qualify and travel to China 3 times to play in the World Chinese 8-ball championships and the Chinese 8-ball Masters. Over these few years he would come and go from the pool scene. Still able to win, even though he hadn’t competed much in the recent years. Fast forward to Nov 2019 when Simon won the 89-player Official US Open 9-ball qualifier. He went on to play the US Open and finished 97th out of 256 players. They say this was the toughest field ever for a 9-ball tournament. Simon is a staple in the West Coast pool scene and you will be seeing many more wins come from over the years to come.

Sign up to receive advanced notice of custom cues before they hit the site or social media! Get first crack at new release products from companies like Predator, Pechauer, Viking, and more.

We do not send a lot of emails, and we do not share your information with anyone, period.